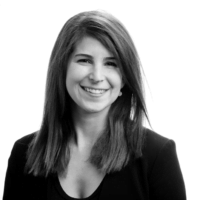 "At a time when so many businesses are cutting costs by making hard-working, dedicated mothers, fathers, sons and daughters redundant, every exec should be asking themselves: Where can I save while doing no harm? Where can I use keyhole surgery rather than amputation? – I hope you are?"

A year ago, Anthony, a restaurant manager learned he was selling 40 fewer cocktails than other equivalent bars on a Saturday night. So he invented ‘cocktail bingo’: his servers were encouraged to sell one of each cocktail…and once they had they got to shout bingo and wear a straw hat. Over the next 3 weeks, his cocktail revenue increased 2.5x. He was so successful, that over 100 other restaurant managers rolled out cocktail bingo. That company’s cocktail revenue increased 11% in 2 months. All of this happened, end-to-end in Quorso’s agile management platform.

Contrary to business wisdom, Quorso’s customers usually find it much easier to replicate a $10k improvement at 100 stores than deliver a single $1 million opportunity. Why?

CEOs have already made the big savings. So now what?

I spent 15 years as a Partner at McKinsey advising companies to focus on 3-5 big changes which could deliver $ millions of savings or extra sales. The problem was, so did every other exec and advisor. Those mother lodes are now mined out. Your chances of finding $ millions hiding in plain sight are now roughly the same as finding the Hope diamond in your flower bed. (And it’s not just me who says that…70% of CEOs surveyed at Davos said they’d run out of big cost saving ideas).

Instead, cost savings or sales opportunities are scattered across every part of your business. You know it’s true…when was the last time you walked into a store, a branch, a restaurant, a hotel and said “this is just perfect…nothing could improve”?

Traditionally getting at those scattered savings fell into the “just too hard” category. We set up Quorso to solve exactly that problem. And to date, Quorso’s users have saved $310 million by taking orchids out of flower arrangements, adjusting staff shifts, minimizing overtime, reducing cellphone usage, saving on plastic cutlery, using less antifreeze…and thousands of other small changes that no one really noticed, but which really added up and were realized in days.

Now is the time to focus on delivering and scaling all possible savings.

At a time when so many businesses are cutting costs by making hard-working, dedicated mothers, fathers, sons and daughters redundant, every exec should be asking themselves: Where can I save while doing no harm? Where can I use keyhole surgery rather than amputation? – I hope you are?

Sign up to our newsletter to make sure you see the next instalment...

Sophie Slowe
Connect on LinkedIn.
Ready to make your
management agile?
Get in touch Find out more

Next Post Vlog: Remaking Management - Episode #5.
Get the newsletter.