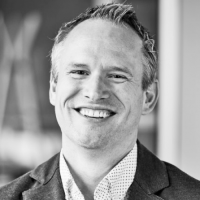 This is one of a two-part article, originally published over at the Robin Report. Quorso is a member of their Innovators Network, which connects startups with our 35,000 leading retail and brand executives. It is written with Chris Walton, who is Co-CEO of the hugely successful retail blog and podcast Omni Talk.

This is part two of a two-part series: read the first article, Retail management is stretched to breaking point, here.

Being Agile in your mindset and methodology doesn’t need to involve massive organizational upheaval (Microsoft managed it in a year!). There are four core steps any retailer can follow to drive Agile performance and start reaping the rewards in months, not years.

There’s something really motivating about progress. People love to feel a sense of momentum and when you’re moving actions forward every couple of weeks, you get more satisfaction than when you’re waiting a quarter, or a year, to see if you’ve hit budget.

Simplify is the mantra on most leaders’ lips when we talk to them about frontline priorities. Surveys have staggeringly shown that store managers only spend 25-35 percent of their time with their teams, the majority is spent being data analysts, bureaucrats, and metaphorical firefighters.

And there is little evidence that all this analysis even pays off. Quorso’s data shows in a given week, managers will improve their store performances at a rate no higher than chance: non-Agile managers create value only 55 percent of the time.

In Agile product management, the most important first step in any sprint is to prioritize, ensuring people are taking just the two to three actions that will drive most value. Short standups at the start of every day focus everyone on what they need to ruthlessly prioritize. Everything else is ignored.

Such ruthless focus is highly valuable for stores. Quorso data shows that when they know the top three areas that are the most valuable to fix, 80 percent of the time a manager will improve it (vs the typical 55 percent of time devoted to improvement). Looking at sales, retailers can stop leaking two to three percent of topline sales in less than two months by taking such an approach. 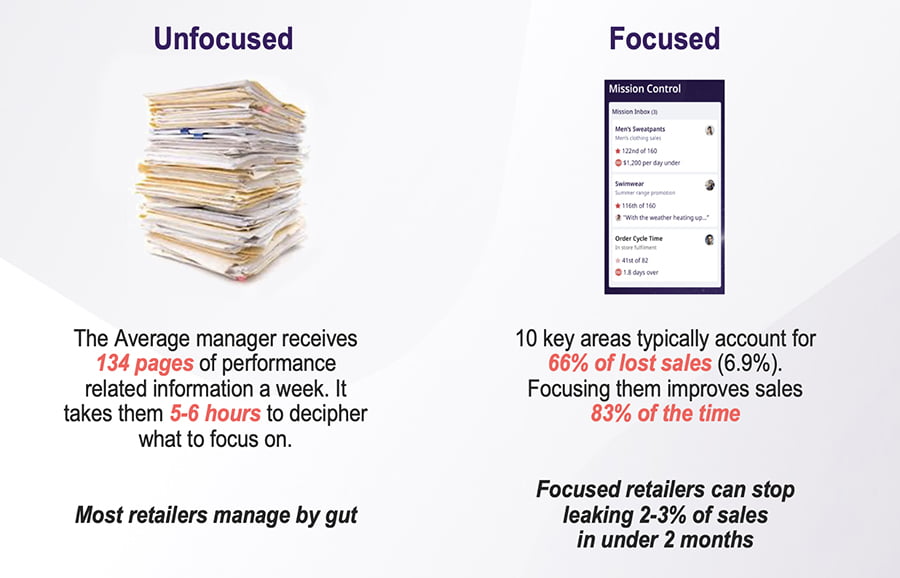 Knowing what to do in retail is one thing, but actually doing it and tracking it — well that’s another challenge entirely. One of the tools Agile product companies use to track actions is a Kanban board. This simple layout of cards arranged in columns organizes and tracks activity in phases, e.g. “To do”, “Doing”, “Done.” Each card has clearly assigned accountability and a delivery deadline. Critically important is that these tasks are granular and measurable at a level that they can be done in a single sprint of two to three weeks. Progress breeds further progress. A manager who takes twice the number of actions of their peers will drive five percent more improvement on average in each of those actions.

One of the most critical components of Agile management is being able to set your short-term goals and knowing whether you have hit them. This is typically where retail reporting falls down. Retailers can radically rethink how they provide impact tracking to the field at a level of granularity that they can actually take action and show results.

The route to improvement is in the follow-up. Today, the monthly 35-minute store visit remains the key coaching activity any area/district manager does with only a fraction of time spent upskilling workers rather than performing an audit. Given the fact that the majority of store teams upskill themselves through manager interaction, increasing coaching frequency is hugely valuable.

Many Agile product companies have remote-first offices, with teams spread across the world. Their managers rely on technology to coach and support teams on a daily basis. These tools are available to retailers too and can empower area leaders to spend less time driving around the country and more time upskilling their teams.

At the end of any two-to-three-week sprint, one of the most important practices an Agile product company undertakes is a retrospective. A retrospective involves teams getting together and asking themselves, “Did we achieve what we set out to?” “What did we learn about our method or processes that we could improve?” “How could we do better next time?”

Agile teams are some of the most productive and engaged workforces on the planet. Agile isn’t a magic elixir, but the stats are quite incredible. Tech companies that claim to be agile:

There are obvious reasons behind this. Agile teams have the three core elements that pre-bake their motivation into their working practices:

If you’re not considering how to make your teams more Agile today, it is likely your competitors are, and they’re more likely to be responding to customers and getting products to market more quickly. Take Agility seriously and act now!

After a year like no other, we're looking ahead to a new era for retail. Book a demo to see why an Agile approach is the simpler way to drive complex businesses towards success. 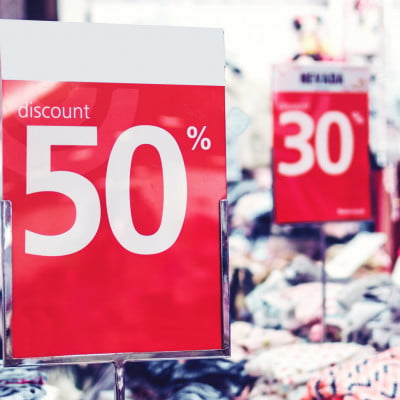 Previous Post How Quorso is helping retail wage a War On Waste. 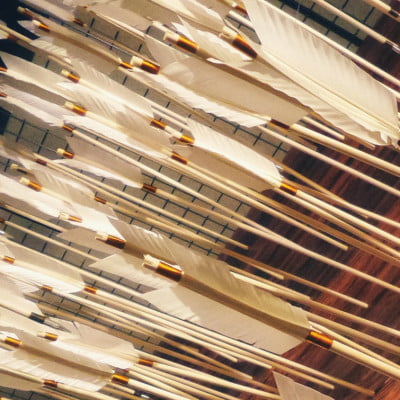 Next Post How Quorso can help you hit your Targets in 2021.
Get the newsletter.