Think like an epidemiologist and rapidly spread the best ideas through your business.

Four months ago, unless you were Bill Gates or an epidemiologist, you probably had never heard of R. It’s now a letter that is governing much of our daily lives.

R – the Reproduction Rate of a virus – is the key metric in this pandemic, and scientists and governments are now heavily monitoring it to prevent a second wave. When R is greater than one, the virus will spread exponentially until we reach herd immunity. Each infected person increases the total population that can subsequently pass on the virus. If less than one it will die out.

Social distancing and lockdowns aim to reduce R. So far it’s been working.

The concept of R has made me think about its applicability to business for spreading the best ideas rapidly throughout an organization, like when an effective business initiative is implemented or a store comes up with new best practice.

Is it possible to boost the Reproduction rate of initiatives and ideas and increase virality? To understand that it is worth us visiting what makes up R.

How a virus becomes a pandemic.

There are four factors that impact R in viruses. As described in Adam Kucharski’s brilliant book The Rule of Contagion:

The first two factors concern the exposure of a population to the virus, and the second two think describe the successful transmission of disease. In the case of Covid-19, these factors together created an R of 4 – that is, for every one person that has the virus, four more become infected.

It’s also worth mentioning herd immunity – this is the proportion of the population which has to be infected for R to remain below 1. In basic Maths this is 1 – (1/R), meaning that the larger R becomes, the greater total of people that become infected before the virus peters out.

It is well known that 70% of new initiatives fail. Could thinking about Reproduction Rates and the four factors that contribute to R help more initiatives and ideas succeed in your business?

Maximize the duration of exposure to initiatives and plans.

The world is a distracting place. As much as we have the greatest of intentions at the start of an initiative, it is the act of following up on its progress that makes it stick.

Although we may launch annual or quarterly plans, if there is no appropriate structure bedding them into daily life they won’t last beyond 10 minutes of attention on the kick-off call.

This doesn’t have to be long. Quorso data shows 85% of a plan’s impact is sustained after just focusing on it for 4 weeks. However, for an initiative to stick it needs to be constantly communicated and followed up on.

Improve the R of your initiatives through a rigorous formal process that aligns measurement and management.

Increase the number of people that interact with consistent cross-team communication.

Both up and down the hierarchy, companies are a fragmented set of disjointed layers. Think about it, the executive team starts an initiative by communicating it to regional leaders, who pass it to divisional leaders, to area leaders, to store managers, to staff. Best practice of actions taken then needs to go all the way back up the chain across and back down again.

At every level the transmission can break down and the method of communication doesn’t help. Communication occurs over a complex array of reports, spreadsheets, e-mails, phone calls, etc.

This linear and broken communication structure, limits the amount of people you are exposed to. Like the lockdowns prevent the spread of viruses by limiting our interactions, such structures limit the passage of initiatives and ideas across a business. With communication so fragmented, you also can’t “contact trace” the people who have received the right information to act on, so you have little idea who it has spread to.

Improve R by aligning and streamlining your communications and information as well as improving communication horizontally across an organization, rather than just top-down.

Increase the likelihood of infection by ensuring initiatives are understood and championing your super-spreaders.

Clarity of communications is a core area where initiatives breakdown. Most initiatives are communicated in horrendously complex financial language, despite the fact that 66% of Americans are financially illiterate. The answer is not to train everyone to have an accounting degree, but to translate analysis into an operational language that people practically understand.

We should also consider people or events that increase the probability of transmission. In disease transmission, certain people or events, known as super-spreaders, are responsible for the vast majority of overall cases. In fact with Covid-19, it is thought 80% of cases came from only 20% of infected patients. The same is likely to be true with spreading any initiative or best practice. Often this will come from cultivating respected employees to be the champions of change.

Improve R by improving the clarity of your communications and cultivating your super-spreaders by giving your “corporate influencers” the tools to influence – who are your Kylie Jenners?

The probability that a person is not immune to new ideas.

How much of your workforce are welcoming to new initiatives or ideas that will improve the performance of your business? A key factor that will drive an employee’s openness is their motivation and engagement at work.

If you are not engaged, the likelihood of you driving improved performance is slim. Although the figure has been increasing in recent years, only 35% of workers felt engaged at work in 2019.  Quorso data has shown that the employees that deliver the highest value initiatives are 10% more productive than low performers, and take on 2.4x more actions to improve the business. Without needing to execute any radical new strategies, a huge amount of potential can be unlocked by engaging and motivating your people in the right way.

As Gallup has shown, employee engagement is highly driven by making people accountable, recognizing their progress, and developing and coaching them to be better.

Increase R by committing to employee development and engagement.

When viewing traditional businesses through the eyes of a viral epidemiologist, you can start to see them more like countries in lockdown rather than bustling interactive workplaces with infectious initiatives and pioneering super-spreaders.

The result of this is that for any change to be enacted, cumbersome projects must be designed with big broadcasts and thorough rollouts that make new ideas stick in their infected hosts.

By creating consistent communications, enabling horizontal collaboration, and identifying and rewarding authentic talent and hard-work, a simple sneeze of a great idea can mothball to an uncontrollable pandemic, jumping you miles ahead of your locked-down competitors.

Now that would be something…

A new era for management.

Time to bring your management into the digital era. Leave behind bottlenecks, disengagement, inertia and dwindling results - with a single cloud-based app that bridges your people to your data.

Book a demo
Results at scale.

When powerful data becomes effortless to use.

Quorso is the missing link between your data and your people. Complex intelligence is seamlessly translated into simple daily actions, delivering better decisions at every level and rapid progress towards your goals. 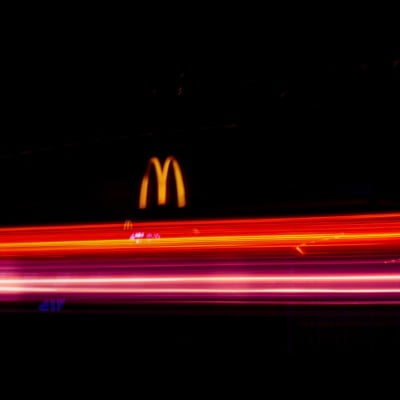 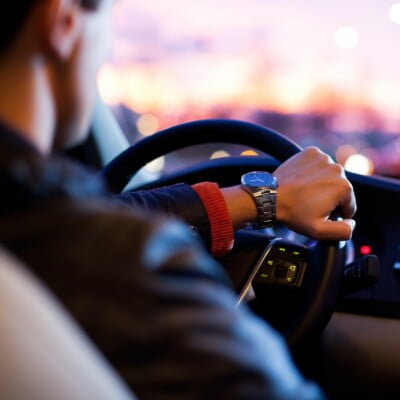 Next Post Will the pandemic result in a better version of the store visit?
Enjoyed this article?

Sign up to our monthly newsletter to receive more.