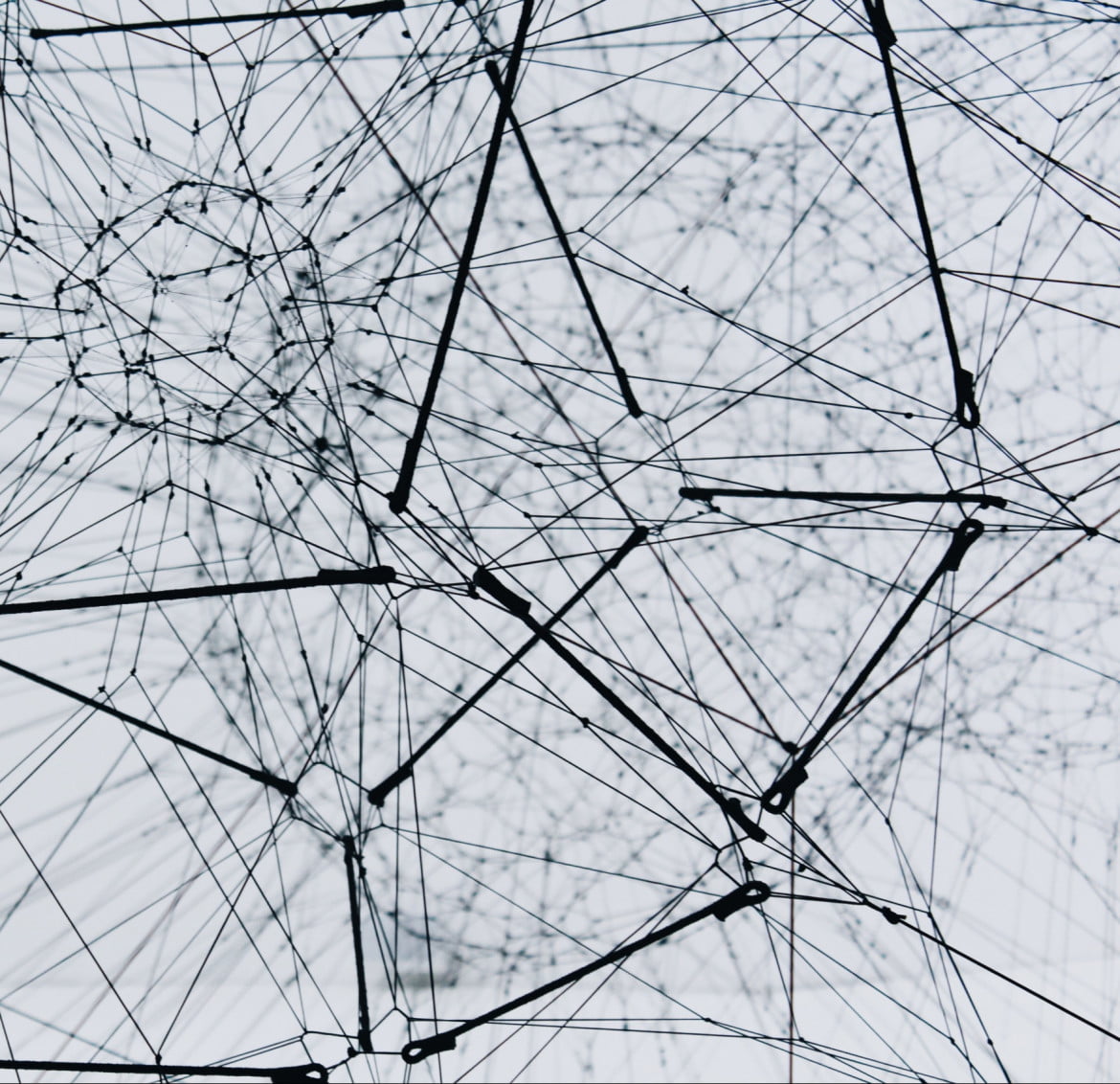 Rethinking the relationship between HQ and frontline.

This is the third blog in a series about the Great Retail Restructuring. We’ve already considered:

Here we’ll discuss the law of the network, focusing on the differences between centralized and decentralized decision-making, and how a hybrid approach can be achieved.

The Law of the Network answers one of the biggest debates of the last century.

The race between centralized and decentralized decision making was one of the biggest ideological battles of the 20th century. Amid arms races and propaganda, the US’s market economy went head to head with the planned economy of the Soviet Union.

America’s Capitalism created a hugely complex system of companies and consumers, exchanging trillions of transactions a day. It of course had structure and coordinating mechanisms that could set the conditions for play, but there was no ultimate boss calling the shots. The Soviets on the other hand, attempted to control the complexity through a singular central committee.

Look who won that one.

Purely centralized command hierarchies rarely win, but neither do purely decentralized ones. At their most extreme, this renders everyone as independent contractors and there’d be no value in companies. Market traders lost out on the power to compete with larger stores long ago.

So the optimal management structure sits somewhere between the two – something we call ‘the network’. This sees the individual clustering together to share resources and ideas, supported by a central committee which makes recommendations on how these interconnected teams should work together to meet shared goals. These units both compete and cooperate to solve problems faster, consistently iterating towards better performance and results. In this environment, the role of management turns from command and control to recommend and regulate.

This has been the dominant paradigm for success in the Western World thus far, and one retailers should pay strong heed to. Unfortunately, most companies tend to look far more like the Soviet Union than the US in terms of their structure.

Within this Soviet Retail approach we see a fundamental conflict rising between HQ and the field. HQ sets prescriptive directions to drive its strategy, capture market share, and minimize efficiencies. But they then get bogged down in the complexities of managing a dispersed field, with alignment diluted by a game of telephone, challenges of interpreting and responding to local variation, and difficulties motivating employees who feel their autonomy has been removed.

“When most retail businesses are founded, the owner usually has an intimate knowledge of their customers because they spend much of their time interacting with them. In some cases, the owner themselves is a consumer of the product and so innately understands the needs and preferences of their customers from personal experience. As organizations scale, this intuitive understanding dissipates, and leadership loses touch with the needs of the customer. That’s when power and decision-making move away from the front lines of the business toward the middle of the organization. And instead of speaking to customers directly, companies hire research firms and conduct studies and focus groups – none of which can replace the intimacy and immediacy that the company has lost with its customer base. Instead of emanating from the front-line, strategy begins to roll downhill, often disconnected from the customer reality. And eventually, the dissonance between the company, its employees, and its customers becomes fatal.”

Could thinking of your business more like a network help these issues? We think so. Those that have adopted an agile management mindset respond quicker to customer habits, grow quicker, and keep their employees more engaged.

Hierarchies struggle in a complex world.

This chart shows the common org structure that you see in most retail companies today Companies coordinate by building layers upon layers of management out from the center to coordinate actions and information. Image source.

There are three intrinsic challenges with this structure, which get all the more difficult as companies get bigger and more complex.

As companies get bigger, more and more levels of management come in and the “game of telephone” or “Chinese whispers” starts to escalate. Every level distorts communication from the center, so what matters to the front-line can be very different from what the center asks. This video provides a wonderful analogy as to why.

This challenge is escalated by the increasing variability as you go down the pyramid structure. Customer demands vary by geography, and every single local store will have a different nuance of what actions they can take to hit central goals. There is no one-size-fits-all.

The opposite of the alignment challenge is the visibility challenge. Pyramid structures are set up to communicate one-way: downwards.

Information flow in the other direction – the enormous amount of data and actions being taken on the frontline – is vast. Those at the top feel overwhelmed by the proliferating data and must choose only certain elements to deal with. Alternatively, they engage expensive consultants on lengthy projects to help them make a sense of it all. By the time the project is over, the front-line situation which originally generated the data has probably long moved on, and business decisions lag far behind the reality.

Hierarchies by their nature create siloes. Information flows up and down the pyramid through chains of command and limits its sharing across levels and teams. This can make coordination and sharing learnings incredibly difficult as it limits the spread of ideas and communication – something we’ve already explored at length.

Alignment, visibility, and coordination are intrinsic properties of networks.

Networks by contrast win on all three of these issues due to their inherent properties of being able to efficiently and effectively communicate, share information, and coordinate resources. I won’t go into full network theory here, but two fundamental attributes in networks - connections, and nodes - are worth thinking about.

“The challenge for organizations is to push power, autonomy, and decision-making back to the front lines and to let information from the front lines inform the broader strategy. In order to accomplish this, the structure of the company and its compensation programs have to promote such a dynamic.”

When retailers in the late 20th Century got bigger and bigger, it became common for HQ to respond to an increasingly unwieldy business by doubling down on central control and making it their role to prescriptively micro-manage stores. Information was processed centrally and pushed down as task compliance.

Has this been successful?

The last five years have coined the term the “retail apocalypse”, describing the highest employee turnover of any sector. The failure of many to adapt to more rapidly changing consumer trends would suggest that such central planning has been as successful as it was for the Soviet Union.

In the network approach, the role of central management ultimately evolves from this central direction approach. The center’s role is to set direction and optimize the efficiency of the network to meet the needs of the customer. It’s less driving a warship, more coordinating a flotilla.

But what does retail need in order to become more networked?

Providing full intelligence to everyone on what is going on allows everyone to be on the same page. For most retailers, there are currently two frictions to this.

Firstly, management information is siloed and uncoordinated so that everyone has to access multiple (and variable) dashboards and reports. Secondly, actions are not recorded and tracked (other than being in people’s heads or pinned on a noticeboard in the back office) so cannot be learned from and iterated. Central teams mistrust the data interpretation skills of teams below them, but then fail to support any ongoing learning.

When providing such transparency, the best ideas surface from anywhere in the company, with measurable and identifiable impact on how effectively they drive better behavior and positive improvement.

Many store managers have only had access to drip-fed reports and dashboards – when these become an immediately accessible common-view for all levels of management to work from, the information reaching teams can be locally-specific and more timely, and can prompt better discussion and debate.

The simpler a user experience, the more it facilitates us being able to achieve our ongoing objectives. Developing technology can actually replace some of the brain processing required to interpret data, via trained algorithms which save managers’ time by automatically identifying and prioritizing their highest value actions based on current data. This also helps to avoid the choice paralysis many feel when overwhelmed by unrefined data and a deluge of tasks, helping to focus action and increase productivity and build engagement.

It goes without saying that an organizational network needs the right technology to deliver all of the above: transparency, accessibility, usability, and communication.

When all of these factors are seamless, businesses have the ability to test and learn, creating a system of continuous feedback between central data intelligence and the immediacy of action at the front-line. Day to day, in every store, better decisions and more effective actions are taken towards achieving the goals of the wider organization.

Share this article
Copied to clipboard
See for yourself.

Thrive and grow as quickly as the Amazons of the world.

Quorso has been set up and designed to remove any friction to becoming more agile in your organization. Bringing the right intelligence - KPIs, Actions, Coaching - all into one place simplifies the overwhelming amount of information. Each manager receives three prioritized next best actions, and fluid communication is facilitated by constant tracking, measuring, and sharing of what is successful. If now seems the opportune time to upgrade your management model, book a demo today.

Sign up to our email alerts to ensure you receive more. 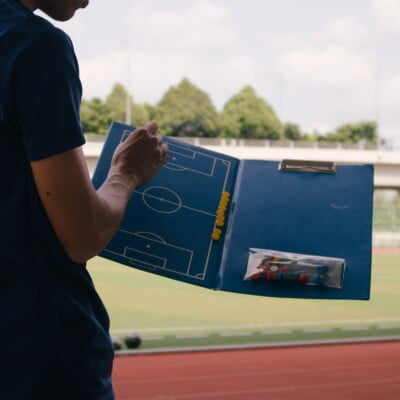 Previous Post Agile coaching: A how-to guide to make star performers of all your managers. 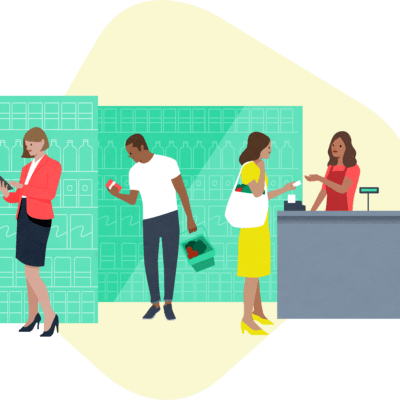 Next Post Infographic: The secret to rapidly improving retail sales.
Get the newsletter.